For "Pets 'n' Friends" and all future MSP apps 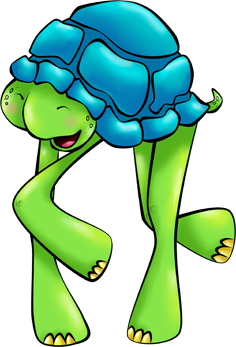 Since late January, my mind has been more than busy with the new comment feature, but it has continued to concern me that the turtle’s role in the ‘Shake Paws’ game is so unpopular.

I have come to a decision after consulting Alias Al and the moderators. You will like the decision, but I must ask you to understand why I might have to think again in future. Here goes.

The reason for limits on the speed of paw shaking are to prevent cheating by using software robots. They can click faster than people can blink and do not have to wait for pages to load. When the robot can go no faster than the user, there is no reason to use one.

Since we currently have 673 users in the Directory, some users can get through it all in a few hours. So using robot software is not much help unless you also have several accounts and can get robots to click for you in all of them at once. PnF is a game where the users like to be generous - but attempts to use robots are common in games where users compete with one another.

Preventing cheating means everyone else’s enjoyment of the game is spoiled by the actions of a few cheats; and perhaps some potential users are put off from starting by the thought of all the delays they experienced in fluff?

Until recently I wondered whether there were other valid reasons for continuing a policy most of you have experienced for a decade. Fluff was a huge success and deservedly so. Thus, when I ask myself what will work for users who liked fluff – which includes me, Lisa and the vast majority of our users – I have to ask myself why a policy fluff used would not work here and now. After hearing your responses in the R&D group, I have concluded that I know of no reasons for the turtle except to prevent cheating.

The problem I have with withdrawing the turtle is this. If we find, at a later time, that multi-accounting and / or robot use are taking place, cheating not only us but the other users, and if at that stage we can find no other adequate response, we might have to bring the turtle back.

If cheating takes place, Alias Al and I will probably be the only people able to prove it. If that day comes, and we can find no other options, we would have to bring back the turtle, and you would have to take our word for it that there was a good reason.

So I am going to ask you to trust me in this way. Unless I have a good reason to bring back the turtle, I will not do so; and if I do, you will have to trust me that my motive is the good of the game. If there are any other reasons, we will find out soon, because as of today, turtles are off.

Nearly all of us have played fluff and had our trust abused in the most cynical and deliberate way. I hate the idea of promising something and then letting you all down. That is why I promise little, argue a lot before I say yes, and probably say less about the future than you wish I did. But the turtles are now gone, and I promise I will not bring them back unless I have to.
Top
Post Reply
1 post • Page 1 of 1

Return to “Other announcements”

Users browsing this forum: No registered users and 1 guest